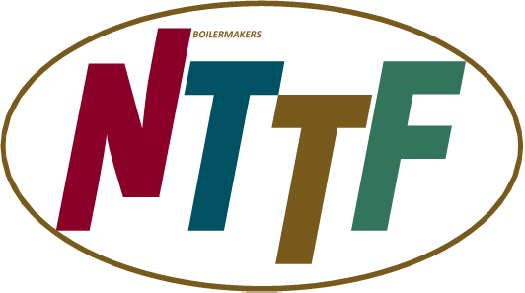 Grant Jacobs has had an influence on many Boilermakers in Canada. His life’s work is in educating tradespeople and ensuring boilermakers gain insights and perspectives that help both them and the Boilermaker organization have a sustained competitive advantage. Like many of us he had family in the Boilermakers and in 1970 he was given an opportunity to try it out. The exciting work and financial security it offered enticed him to stay and he excelled, completing his apprenticeship at the top of his class and eventually starting his own Boilermaker company servicing the Sundance Thermal Plant.

Sharing his knowledge and experiences was something he was passionate about and when an opportunity came to teach at the Westerra Institute of Technology in 1981, Grant knew it would be the right fit. Grant moved with Westerra when they became Northern Alberta Institute of Technology (NAIT) in 1998. Grant spent many years as an instructor and as the Assistant program head of the steel construction and hoisting trades. His enthusiasm about metallurgy and the craft of metal working was apparent and his willingness to share his experiences demonstrated how much he cared about his students. During his tenure at NAIT he was instrumental in the development of the first Boilermaker common core curriculum and wrote the IPT Guide to blueprint interpretation.

In 2003, Grant was offered the opportunity to become the training coordinator for Lodge 146 in Alberta and he accepted the challenge. The following year, Grant became the Director of National Training for Canada, a role that would take Grant across the country and allow him to continue his work on a national scale. He has lead the development on numerous initiatives such as the Boilermaker Virtual Campus which is home to many programs and resources that Grant made available for members looking to improve their skills and knowledge, including a financial literacy program – Dollar $ense. Grant continued to develop the members and leaders of the organization through the Boilermaker Field Supervisor Leadership program and the Canadian Boilermaker Project Management program, as well as advising on national councils and provincial apprenticeship committees, ensuring the voice of the Boilermaker was heard. His advocacy for the Boilermakers and dedication to the organization will always be valued. Grant’s contributions helped build the foundation of the Boilermaker National Training Trust Fund as it is today and set us up for success in the future.